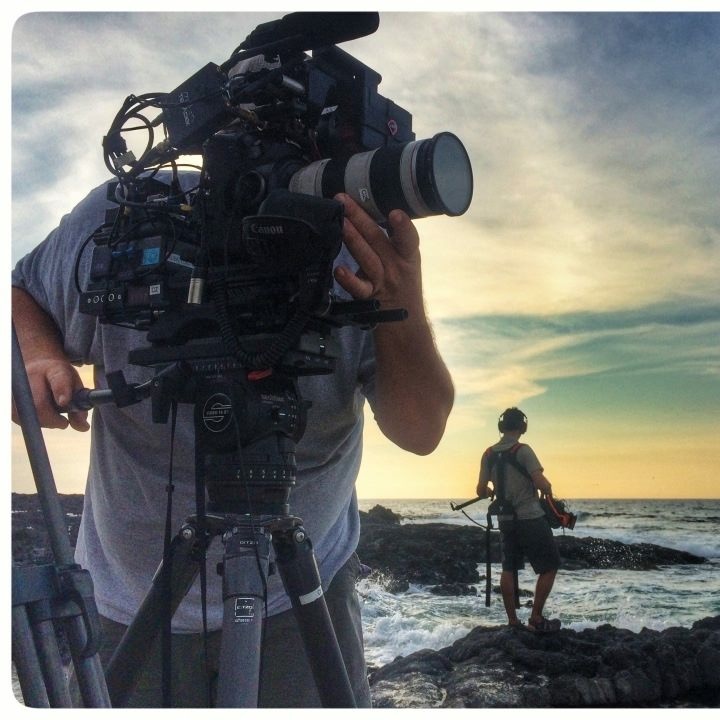 Chad Zellmer is an Emmy award-winning Director of Photography/Cinematographer/Camera Operator/Drone Pilot with nearly 20 years experience in the television business. He started his career in the news business and for the last 11 years he has filmed television all around the world for dozens of clients.  His work has taken him to over 50 countries around the globe and every state in the nation. Clients include, Comedy Central, Bravo, Facebook, ABC News, NBC, CBS, CNN Special Projects, FOX Sports, NASCAR, NFL Films, Discovery Channel, History Channel, Nat Geo, HGTV, National Parks Service, Food Network, Travel Channel, DIY, TruTv, Key Bank, Colorado Symphony, Colorado Ballet, Key Bank and many more. Recent shoots include Returning the Favor with Mike Rowe, Haunted Gingerbread Showdown, The Daily Show with Trevor Noah and Studio 58 with Von Miller.

Chad brings a keen eye and tireless work ethic to every production. He is a master storyteller and brings his heart to every shoot. He is always looking for creative ways to take your production to the next level. From 1 man band news coverage to 8 camera shoots such as Haunted Gingerbread Showdown, he can do it all. He has extensive experience directing talent and hosts, hundreds of hours of handheld operation, extensive experience lighting single and 2 cam interviews, doing live shots, hundreds of hours of Movi and Drone operation and he shoots the best B-roll in the business.

Equipped with a variety of equipment to fit most any productions needs, he is always looking to incorporate the newest and latest technologies in the industry. Equipment includes FS7 MII, C300 MK II, C300, 5D Mk IV, III, II Movi M5, 3 axis Time-lapse Sliders, Multiple drones, Dana Dolly, LED, Florescent and Tungsten Lighting packages, full grip kit and dozens of other toys to take your production up a notch.

Chad is also Section 107 certified for Drone operation and insured with hundreds of hours in the air. He has flown in dozens of countries around the world in tight quarters as well as indoor operation. He is equipped with multiple drones for each unique situation. Some productions require a large drone with a huge sensor, some require a quiet little drone that “can get the shot” just tell him what you need.

He has worked as a video editor, producer, sound tech, grip and still photographer as well.   His photography has also been featured in various galleries, magazines, billboard campaigns, and news spreads.  Although he has taken pictures of nearly every subject matter, he is particularly fond of concert photography and has captured images of some of the largest acts in the recording industry including, Phish, Trey Anastasio, Widespread Panic, Young the Giant, Marcus King Band, Jeff Austin, Dumpstaphunk, Mike Gordon, Dr. John,  The Neville Brothers, The Avett Brothers,  Susan Tedeschi, Derek Trucks, Jewel, Rob Thomas, Warren Haynes, The Goo Goo Dolls, Leftover Salmon, Keith Urban, Keller Williams, Robert Randolph, and dozens of others. His still work can be seen @ www.chadzellmerphotography.com

Chad Zellmer owns CZ Productions LLC. A fully insured production company in Denver, CO. His works have won him 7 Emmy Awards, 2 Edward R. Murrow Awards, a Silver Telly, a National Peabody, a National Headliner and dozens of local and regional awards.  By the way, Chad is a blast to work with, Give him a call. 417-827-3989 chadzellmer@gmail.com